Welcome to the world 19th century American painting. The body of work produced by American artists during this period is enormous, and much of it is sublime. The purpose of this blog is to share some of this great work.

Between 1800 and 1900, America went from an embryonic, agricultural nation to a world power on the brink of modernity. Enormous change and development occurred, including the beginnings of urbanization and industrialization, the conquest of the entire continent, and most importantly, the Civil War. Social changes included the liberation of African Americans (though equality was still a long way off - perhaps it still is) and the beginnings of a women's rights movement. All of these things found expression through art.

To begin the exploration of 19th century American art, here are a few by Rembrandt Peale (1778-1860), best known for his portraits. Peale came from a very artistically inclined family - his brother was named Rubens Peale and his father, Charles Willson Peale, was also a painter. 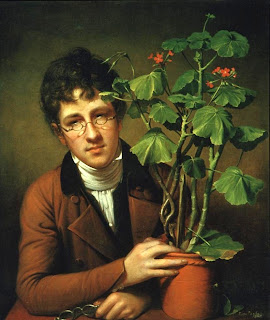 Rubens Peale with a Geranium, 1801 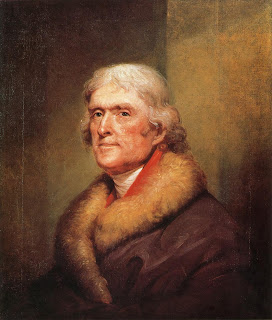 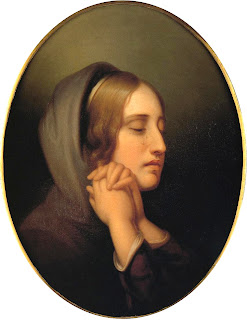