Thomas Cole (1801-1848) was an English-born painter who moved to America with his family in his late teens. He was a superb landscape painter and founded the Hudson River School of American landscape painting.

There is a short film about Cole that you can view online.

We start with some of Cole's landscapes of the Northeastern United States: 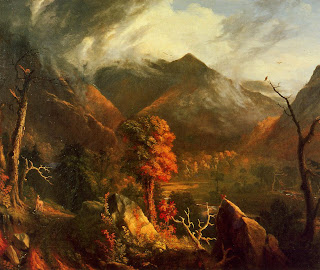 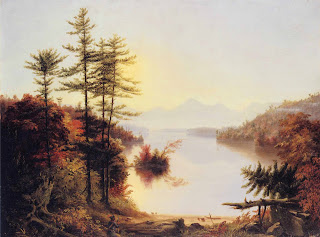 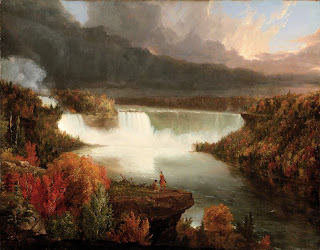 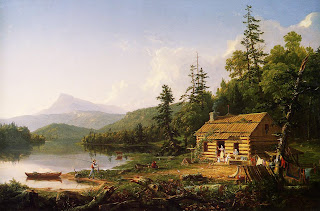 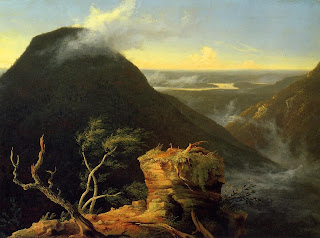 Sunny Morning on the Hudson River (1827) 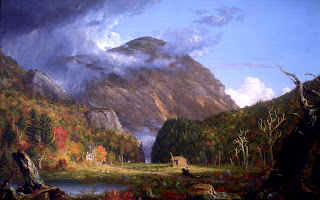 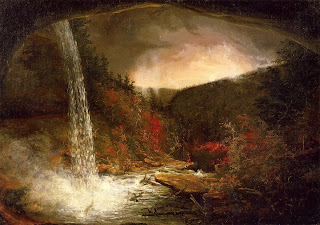 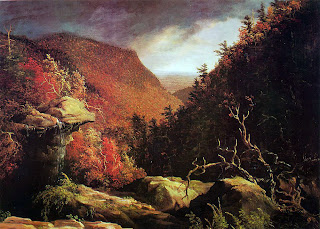 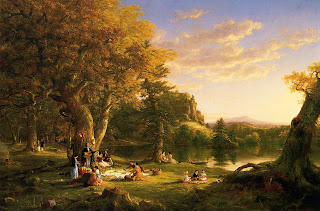 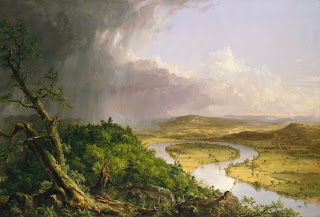 View from Mount Holyoke, Northampton, Massachusetts, after a Thunderstorm—The Oxbow (1836) 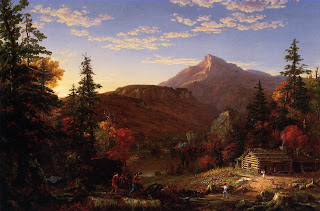 Next, there is a group of paintings of European landscapes, most featuring Classical ruins. 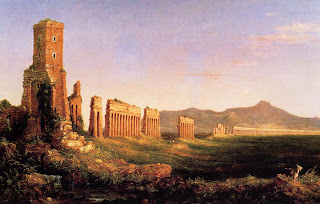 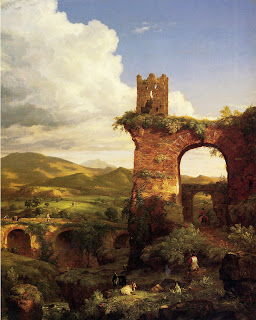 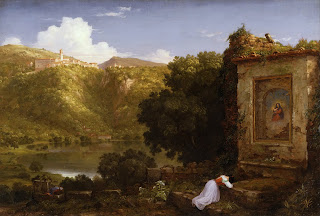 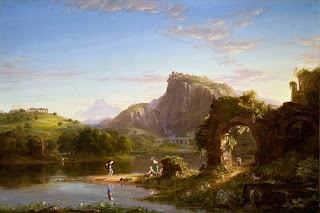 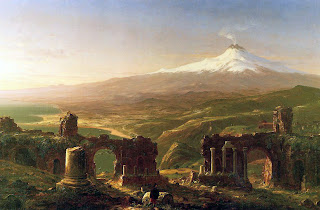 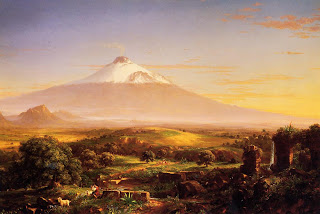 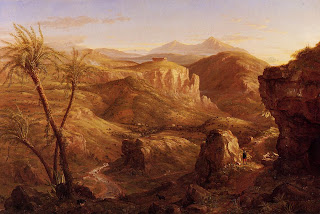 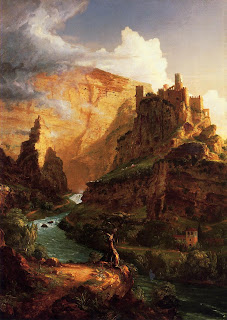 An aspect of Cole's work that was somewhat unusual was his predilection for doing paintings in series. His best known of these was The Course of Empire, a series of five paintings. Cole described this series as follows, in a letter to a patron:

"A series of pictures might be painted that should illustrate the History of a natural scene, as well as be an Epitome of Man—showing the natural changes of Landscape & those effected by man in his progress from Barbarism to Civilization, to Luxury, the Vicious state or state of destruction and to the state of Ruin & Desolation.

The philosophy of my subject is drawn from the history of the past, wherein we see how nations have risen from the Savage state to that of Power & Glory & then fallen & become extinct..."

About this series of paintings, the novelist James Fenimore Cooper remarked, "Not only do I consider the Course of Empire the work of the highest genius this country has ever produced, but I esteem it one of the noblest works of art that has ever been wrought." 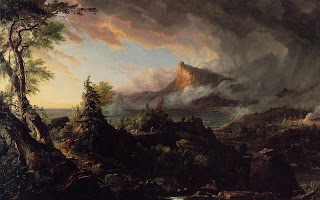 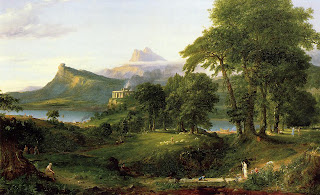 The Course of Empire: The Arcadian State (1834) 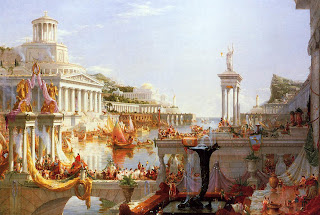 The Course of Empire: The Consummation of Empire (1835) 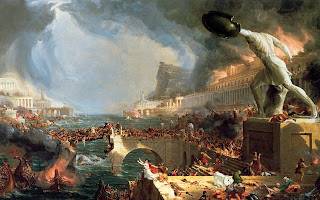 The Course of Empire: Destruction (1836) 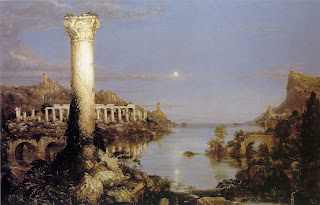 Next is a pair of paintings depicting the departure of a medieval warrior from his home castle, and his return as a corpse. These paintings may be a commentary on the futility of war. 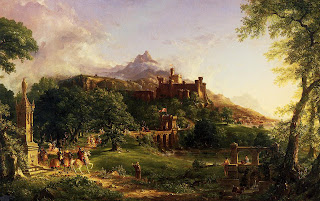 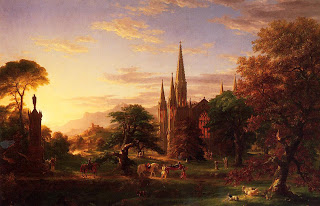 Another pair of paintings on the theme of impermanence is The Past and The Present. You can watch a 10-minute lecture about these paintings here. 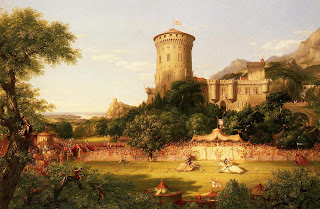 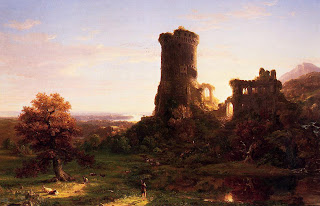