The final set of paintings by JG Brown. 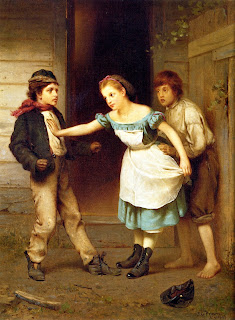 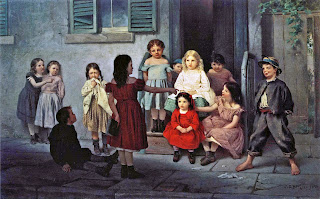 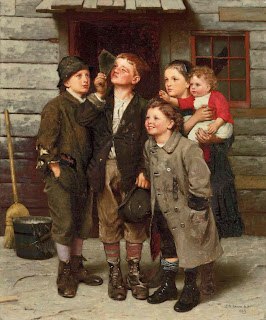 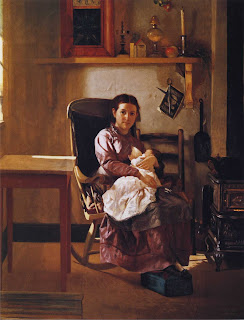 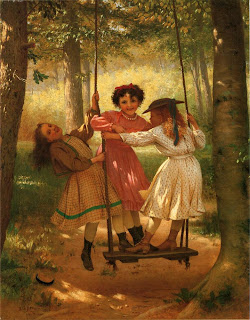 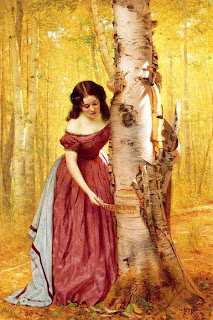 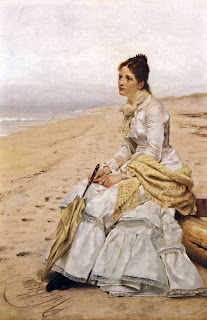 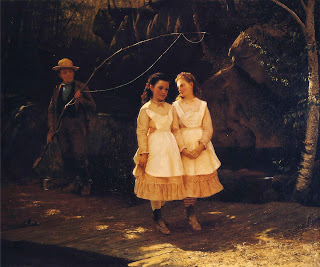 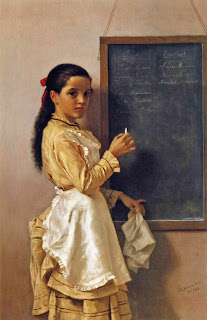 The child in this schoolroom scene, acting as a teacher's monitor, has just written two columns of names under "bad" and "excellent" on the blackboard. Her gaze has a concentrated intensity that immediately engages the viewer. At the top of the "bad" column, the name "Belle Brown" appears, perhaps offering a clue to the young girl's identity. Belle Brown, a daughter of the artist by his first wife Mary Owen, was born in 1864 and would have been twelve years old at the time Brown completed this work.
(from Domestic Bliss: Family Life in American Painting, 1840-1910, by Lee M. Edwards and Timothy Anglin Burgard, p. 112)