Francis William Edmonds (1806-1863) was a 19th century American genre painter. His scenes of daily life often focused on humorous aspects of courtship, as exemplified by the first painting. 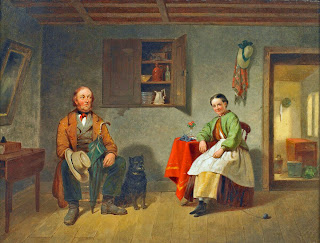 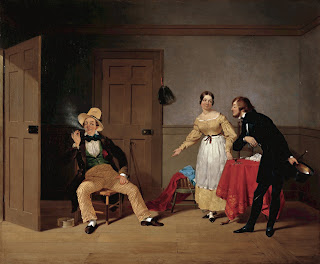 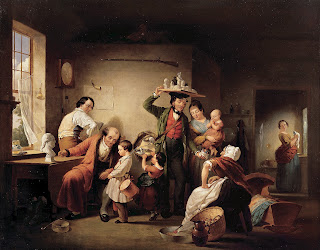 Below is a timeless depiction of a father dismayed by the cost of his daughter's fashion consciousness. 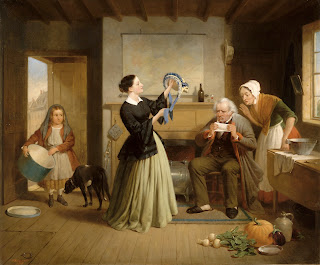 Concerning the following painting, The Speculator, the Smithsonian exhibit says:

"A rural couple listens skeptically to a representative of the Building Association, identified by the paper in his coat pocket. The salesman—whose top hat, pointed shoes, and umbrella mark him as a city slicker—promises the couple a better life as he unrolls a listing of '1000 Valuable Lots on Rail Road Ave.' Francis William Edmonds's comic genre scenes captured the rough-and-tumble of America's frontiers." 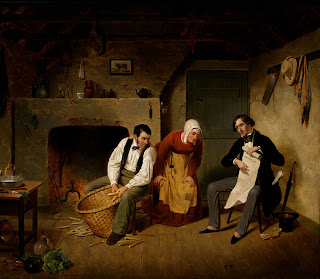 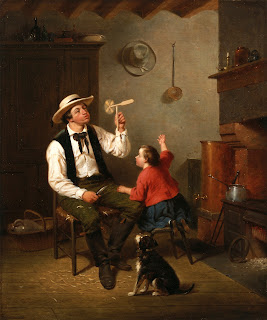 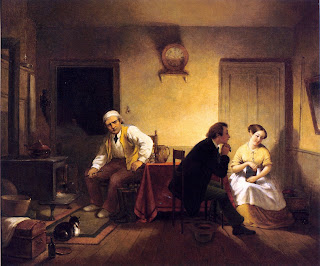 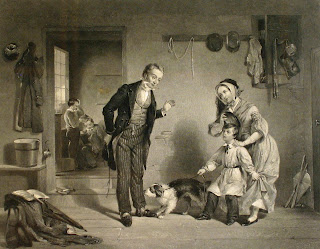