Thomas Moran (1837-1926) was an English-born artist who became one of the greatest painters of the Hudson River School. While some of his paintings were of the eastern US, the bulk of his work had as its subject matter the Rocky Mountains and the Far West.

Lots of Moran resources online, including a great feature at the National Gallery of Art.

This first set of Moran paintings (there will be more in later posts) is focused on paintings of eastern landscapes. 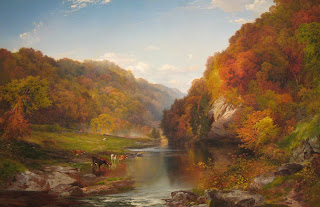 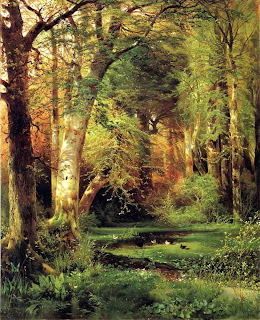 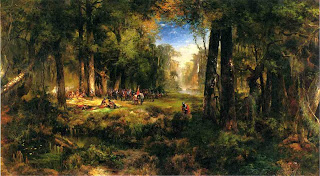 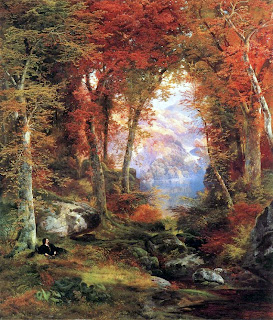 Under the Trees (The Autumnal Woods) (1865)
This is my favorite painting by Moran. 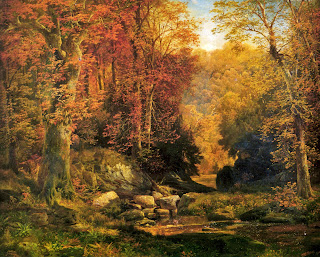 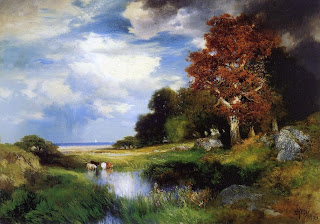