The Civil War was arguably the most important event in American history after the Revolution itself. Its effects - and wounds - reverberate in American society to this day. Here are a few paintings depicting the Civil War. 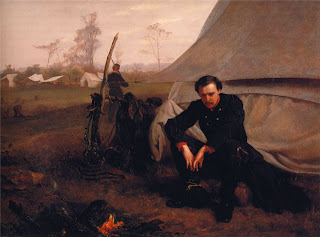 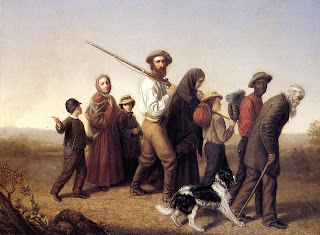 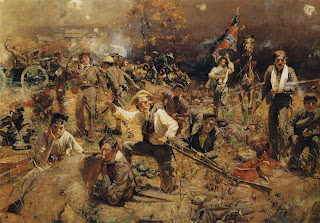 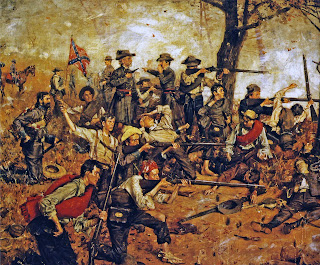 Gilbert Gaul: Holding the Line at All Costs (1882) 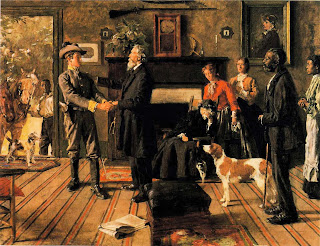 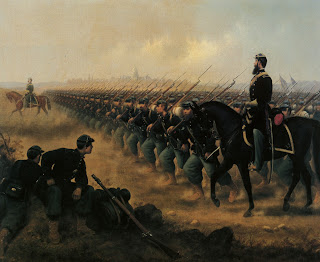 James Alexander Walker: View of the Grand Army of the Republic (1865)

Here is a group of paintings by James Hope, who was in the Union army at the Battle of Antietam, which he portrayed in these searing images. The Battle of Antietam (known to southerners as the Battle of Sharpsburg) was the bloodiest single day of any American war. Both I and a friend have family history connected with this battle: we had ancestors who owned neighboring farms on which the battle was fought. My friend tells me this story that has come down through oral history: after the battle, their family had to move away because the ground was so saturated with blood that it was impossible to farm there anymore. One of the best accounts of this battle (worth reading if you have any interest in the Civil War at all) is Landscape Turned Red by Stephen W. Sears.