George Caleb Bingham (1811-1879) was an American artist who depicted frontier life. Although not technically as skilled as many other American painters, Bingham's work remains a valuable documentation of American history as well as being perfectly suited to its subjects. His was a truly American (as opposed to Euro-American) art. The question remains as to whether Bingham's paintings were true-to-life reportage of the American frontier, or whether they were mythologized depictions.

More internet resources on Bingham are here, here, and here. 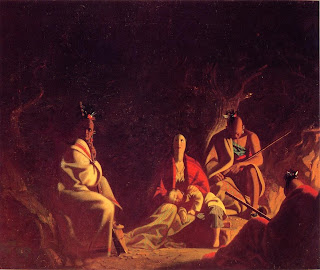 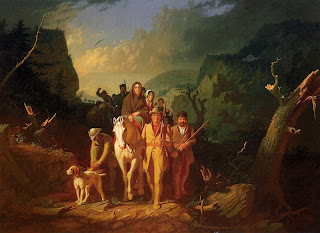 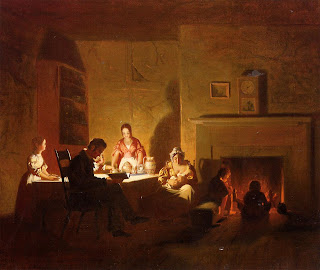 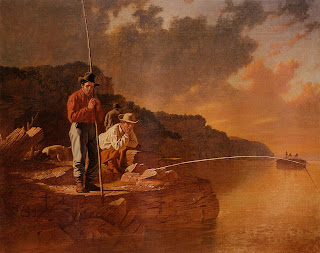 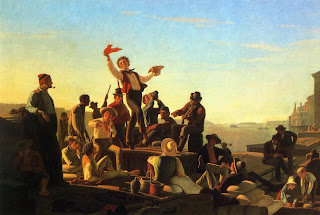 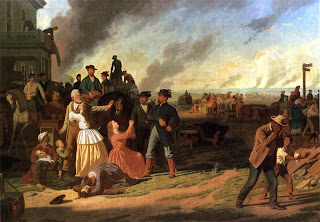 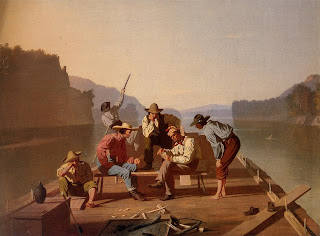 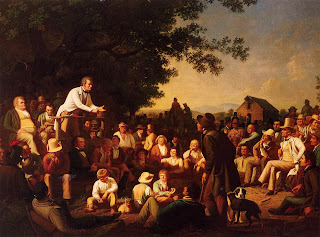 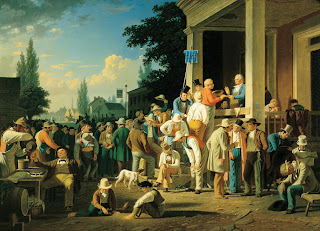 The County Election (1852)
[article about this painting] 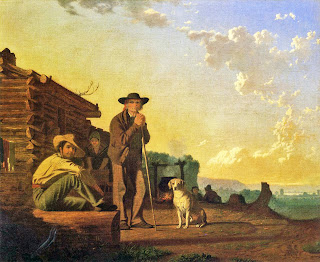 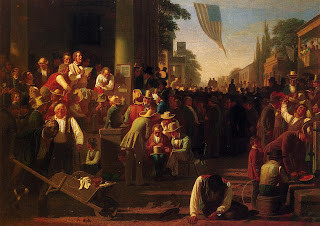 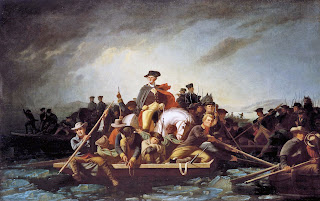 It's interesting to compare Bingham's depiction of Washingon crossing the Delaware with Emanuel Gottlieb Leutze's more famous (and dramatic) version.
Posted by rfdarsie at 9:49 AM