Edward Lamson Henry (1841-1919) was a celebrated painter of rustic genre scenes.  Art professor William T. Oedel wrote of his legacy, "Perhaps no artist played so consistently and so durably to the American cult of nostalgia in the last quarter of the 19th century as Edward Lamson Henry." There is a good biographical essay of Henry online. 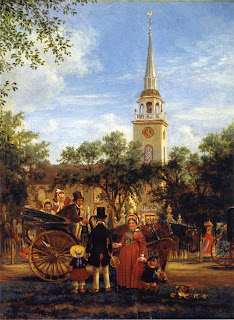 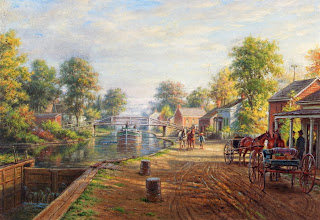 Along the Delaware and Hudson Canal (1907) 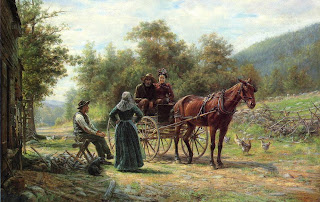 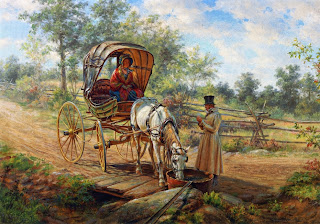 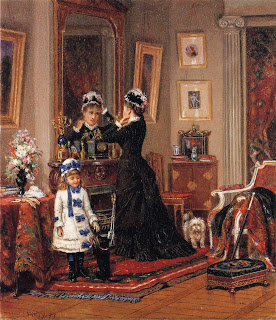 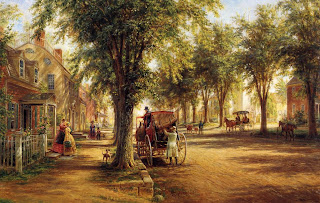 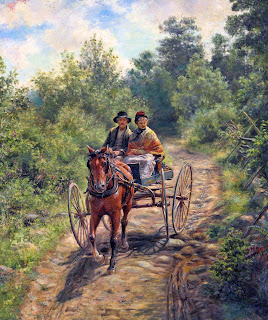 Couple on a Horse and Buggy
Posted by rfdarsie at 10:39 AM