In the latter half of the 19th century, some American artists became interested in depicting life in Asia, then relatively unknown to most Americans. Most of these paintings played up the exotic aspects of Asian life. 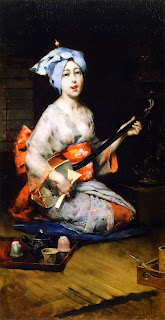 John La Farge: Colossal Statue of Ananda, near the Ruined City of Pollanarua, Ceylon (1891)
[Ananda was one of the Buddha's principal disciples] [Ceylon is now known as Sri Lanka] 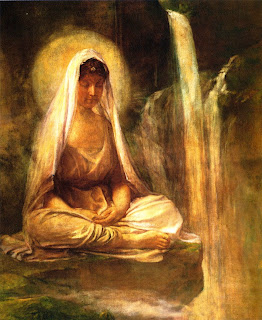 John La Farge: Kwannon Meditating on Human Life (1886)
[Kwannon is the embodiment of compassion in Buddhism]

John La Farge: The Great Statue of Amida Buddha at Kamakura, known as the Daibutsu, from the Priest's Garden (1887)
[more about this giant statue]